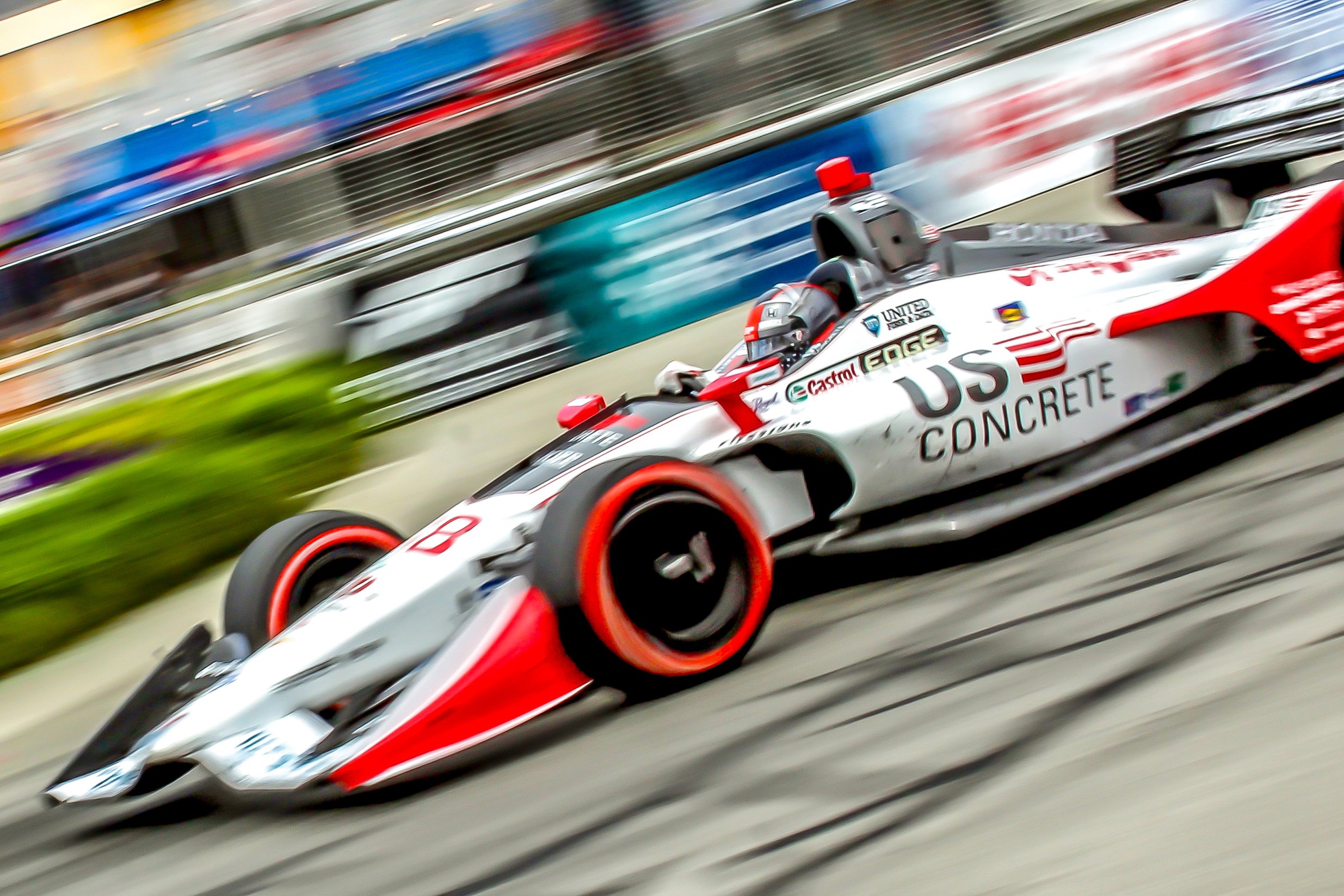 Posted at 21:01h in Uncategorized by sjamesphoto@yahoo.com 0 Comments
1 Like

If I were working for Firestone, this image shot at 1/5oth of a second at f-22 at ISO 100 may have had me off their list of people to call to showcase their product. And, rightfully so. Hell…you only know Marco was running Firestones because I told you so. But, what I was in Long Beach to do…was tell a story.

When I was 16 I had shot some images at an IndyCar race held at a track in Riverside CA of Rick Mears entry into turn 7.  And I handed one over to my HS Photography teacher (John McKee) that I had thought was truly outstanding (In my 16 year old mind). And was pissed when he tossed it back over to me and in his way…told me it sucked. If memory serves, what he asked was…Why was this guy stopped right in the middle of the track? Then said…he expected more, and not to waste anymore chems, paper or lab time showing him pictures of things in motion…not in motion. Anyone can take a picture of a car parked on a road. Lesson learned. Show the motion…and tell the story.

Now, in the film days, this meant knowing your setting so the camera did what YOU wanted it to do because there was no screen on the back to give you instant feedback like the DSLRs of today. So…I realize I just dated myself there (referencing film LOL), but it speaks to a little point I was wanting to make which is…it’s WAY less expensive nowadays to make mistakes, So…make them. Push what you know into places that will lead you where you want to be. Some…a great many at first…will be klinkers. But with each one, it’ll lead you stand out if that’s your goal, if you learn from it. Most things in life are like that.

So, if you’re shooting for a tire manufacturer set for 1/1000th of a second. You’ll stop that car in its tracks and Goodyear, Firestone or whoever will be happy. But…if you’re not…1/50th (or slower if light allows) And Pan the car with the camera. You’ll show the speed, and tell the story WAY better IMO. Find your style, and chip away till you get the results you want.

My advise…Be humble. Always compare yourself to your betters and not to those you’re better than. Never be a dick to someone who may be less (talent wise) than you because to your betters, you ARE that guy. So look to them. Emulate as best you can what they do. And this photography thing is pretty cool.